HCC Center for Entrepreneurship - Southeast is dedicated to helping Houston individuals interested in ideating, starting and growing their businesses. You don’t have to be a student to participate in our many workshops, seminars, and programs! The Center is also dedicated to helping our students to have an entrepreneurial spirit, and learn ways to leverage their skills into business ventures. 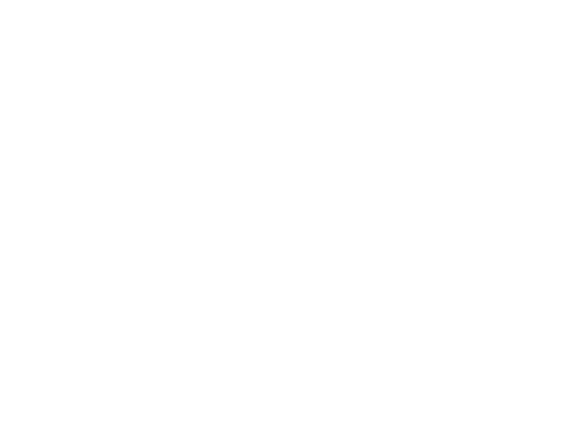 Centers for Excellence collaborations and events

Houston Startups Discussion - The historical organizing point for Houston Startup community. No other single resource will keep you as involved, or connect you with as many people, as this one will.

Startup Listing - A document in the Houston Startups Facebook Group. List your startup so we know that you're Hustling in Houston!

Startup Service Providers List - A list of companies who work with startups such as software dev shops, agencies, design firms, consulting services and more. A document in the Houston Startups Facebook Group, community members are encouraged to list their services.

Houston Digital Jobs - A sister group of the Houston Startups Discussion specifically meant as a jobs board. For both hiring and seeking!

Startup Digest Calendar - A summary calendar for many of the events in the community. You can also subscribe to get the digest over email. Linked from StartupHouston.com.

Accelerate Houston Calendar - Another summary calendar for community events, with an active focus on helping organizers prevent cross-scheduling. Why two community calendars? Because competition benefits the consumer! Also be patient: on busy months it seems to take a while to load event details.

Houston Demo Day - Every month, four Houston startups are given a platform to introduce themselves to the community, pitch before a panel of investors and mentors and get feedback. Hosted by START, normally the 4th Wednesday of the month. Exceptions do happen, so check the Meetup!

Lean Startup Circle - Meetup focused on Lean methodologies, with talks by founders, industry panels, "working meetups" and happy hours. Normally 3rd Thursdays of each month, but exceptions do happen, so check the Meetup!

Startup Grind - A moderated discussion series and intimate dinner with a Houston startup CEO, often centered on a particular topic. While some groups/events will focus specifically on one industry (i.e. medical, tech, energy), Startup Grind puts a lot of effort into remaining industry-agnostic.

Startup Happy Hour - With all of these working meetups, speaker series and events, sometimes its nice to just hang out and get to know one another more informally. Hosted monthly or semi-monthly as a very simple, but very valuable, mixer for the community. Normally the first Thursday of each month.

1 Million Cups - A weekly morning series of startups sharing their stories with each other. Rather than a showy, public pitch, 1 Million Cups is a place to lower your guard, share your story, and discuss the realities of startup life. A safe zone for entrepreneurs to be open among peers.

City of Houston Hackathon - Houston's annual civic hackathon. Play with the City's open datasets, solve real problems, win assorted prizes. Projects from previous years have gone on to be integrated into the City of Houston's website.

Startup Weekend - Form a team and build a business across a three-day span of time and compete for recognition and prizes. Sometimes a general event, sometimes organized around a theme (e.g. Healthcare, Ed-Tech).

3 Day Startup - Form a team around an idea and prototype it across a three-day span of time, then show it off! A few projects have even gotten seed funding straight out of a 3DS event. Many 3Day Startup events are hosted by UH, Rice, or both in cooperation.

Tech Street - A once (and future) innovation technology conference. Rather than have a hiatus for 2014, will be part of the Rice Alliance IT & Web Venture Forum. Returning in full form, November 2015.

HATCH Pitch - Pitch competition with an integrated mentorship component. Occurs at SXSW interactive, but in 2013 had a special path to the main event for Houston companies via the HATCHou contest. Look for HATCHou to return in 2016.

Houston TechFest - Internet and Technology conference which is free and open to the public. Both Hardware and Software vendors show off their wares, as well as recruiters.

TMCx - Texas Medical Center's Healthcare Accelerator. All new program and campus as of Oct 2014. Accepting applications for the 2016 class until November 15th!

RED Labs - University of Houston's Accelerator Physically housed at TMCx during the summer and cooperating with OwlSpark.

Fruition Labs - Incubator and Lab space located just inside the South side of the Loop.

Enventure - Events, resources and curriculum for medical entrepreneurs, with a focus on researchers and students.

Launch Effect - A live-in incubator for innovators with a focus on social entrepreneurship.

Houston Makerspace - Neighbors of TX/RX, with a different set of classes and workshops. Expanding soon to add private studios.

Techno Chaos - Hackerspace located in Sugar Land with lots of classes and programs for kids in addition to the usual facilities.

Proto Makerspace - Makerspace located in Spring, also has some classes geared towards kids.

Katy Makerspace - A Makerspace in Katy. Currently in the process of securing a permanent location.

CreatorSpace - Located in Clear Lake, recently took the big step of getting its own dedicated space.

Mercury Fund - An early-stage venture capital firm, with primary offices in Houston and partners who are very active in the community.

Houston Angel Network (HAN) - Houston's oldest Angel network, and one of the most active in the entire country.

Red House Associates - Red House is several things all at once, lying somewhere on the spectrum between incubator, accelerator, and investor network.

SURGE Ventures - SURGE began as an Energy Industry-focused Accelerator for technology companies, and in 2015 opened a longer-term/later-stage investment fund with the same focus.

Rice Alliance Venture Capital Events - The Rice Alliance for Technology and Entrepreneurship annually hosts one of the world's premier business plan competitions. The Alliance additionally organizes several investment-centered events throughout the year, each with a specific industry focus.

NextGen Capital - Simultaneously a fund and a platform for companies to connect with institutional investors.

Houston Ventures - An energy-focused VC fund focused on investments of at least $2 million.

Cougar Venture Fund - An early-stage fund which involves a course offered by the University of Houston's Bauer College of Business. Each year's MBA students analyze several potential companies and make recommendations to the fund's directors.

Houston Health Ventures - Healthcare-focused and operators of the aforementioned NextHIT accelerator. No relation to Houston Ventures.

Technology Cultivation Fund - A fund focused on addressing the gap in funding between seed-style investments of less than $200,000 and heavy VC investments of $1 million and above.

SeedInvest - Texas is moving fast on the road to enabling entrepreneurs under the new equity crowdfunding regulations, and that's at the center of what SeedInvest is doing. Not Houston-based, but Managing Director Marc Nathan has been a pivotal presence in the Houston startup scene for many years.

NSBRI: National Space Biomedical Research Institute - A non-profit which helps coordinate industry and government by offering grant funding to projects which tackle various challenges at the intersection of space and health.

This list is constantly being updated, for questions or suggestions, please email: Ravi Brahmbhatt, ravi.brahmbhatt@hccs.edu

Our Community, Our Money

The Entrepreneur In You

The show will air on Mondays, Wednesdays, (6:30 a.m. and 5:30 p.m.) and Saturdays (7 p.m.) and it is broadcast on AT&T U-verse Channel 99, Comcast Channel 19, TV Max Channel 97, Phonoscope Channel 77 and Cebridge Channel 20. HCCTV reaches more than 700,000 basic cable television subscribers daily in Houston’s city limits and beyond. This show will be an opportunity to drive more engagement to our programs and to highlight the success of our students, small business owners, and community.