Houston, a great place to live and work

Houston is a business leader with a vibrant economy and an abundance of amentities and resources. 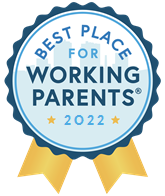 Houston Community College System (HCCS) employs a competitive hiring process for Faculty, Staff, and Administrators. We offer a wide range of benefits for our employees and their family members. To view our employee benefits, visit HCC Summary of Benefits. We employ full-time, part-time/adjunct and temporaries for composite institutional staffing of approximately 6,000 employees.

Search for a job

Mosaic & Me is the overarching movement designed to tie key initiatives together and, using each and every member of the HCC community, solidify these things into a piece of art that reflects the organization we want and need to be for our students the Houston community. We are the mortar to ensure the mosaic comes together. Each of us has an important role to play.

This initiative involves our entire HCC family and will reinforce our institution’s vision and values. We encourage you to watch this video about Mosaic & Me. Ultimately the success of our institution and this movement is dependent on us and our willingness to bring these critical concepts to life in our words and actions.

Houston, with 2.2 million residents, is the fourth most populous city in the United States, trailing only New York, Los Angeles and Chicago. The city is the largest in the South and the Southwest.

Houston is the nation’s demographic future. In racial and ethnic composition, the Houston of today very much resembles the U.S. 40 years hence.

More than 145 different languages are spoken in Houston. That's the third largest number of languages spoken in a U.S. city behind New York (192) and LA (185). More than a third of Houstonians older than five speak a language other than English at home.

Houston has a very young population. Approximately 22.6% of residents are age 5 to 19, the largest population segment.

Houston ranks first among U.S. cities where paychecks stretch the furthest, according to Forbes.

Houston is home to the second largest concentration of Fortune 1000 companies in the country (49) behind New York (72).

There are more than 10,000 restaurants in the Houston area with culinary choices that represent more than 70 countries and American regions.

The Greater Houston area has 14 major institutions of higher learning and more than 60 degree-granting colleges, universities and technical schools.

Houston Community College does not discriminate on the basis of race, color, religion, sex, gender identity and expression, national origin, age, disability, sexual orientation, or veteran status. The following person has been designated to handle inquiries regarding the non-discrimination policies.